Madison Square Garden (often called MSG or simply The Garden) is a multi-purpose indoor arena in the New York City borough of Manhattan. Located in Midtown Manhattan between 7th and 8th Avenues from 31st to 33rd Streets, it is situated atop Pennsylvania Station. It is the fourth venue to bear the name "Madison Square Garden", the first two (1879 and 1890) of which were located on Madison Square, on East 26th Street and Madison Avenue, with the third Madison Square Garden further uptown at Eighth Avenue and 50th Street. The Garden is used for professional basketball and ice hockey, as well as boxing, concerts, ice shows, circuses, professional wrestling and other forms of sports and entertainment. It is close to other midtown Manhattan landmarks, including the Empire State Building, Koreatown, and Macy's at Herald Square. It is home to the New York Rangers of the National Hockey League, the New York Knicks of the National Basketball Association, and residency to singer-songwriter Billy Joel.
Opening on February 11, 1968, it is the oldest and most active major sporting facility in the New York metropolitan area. 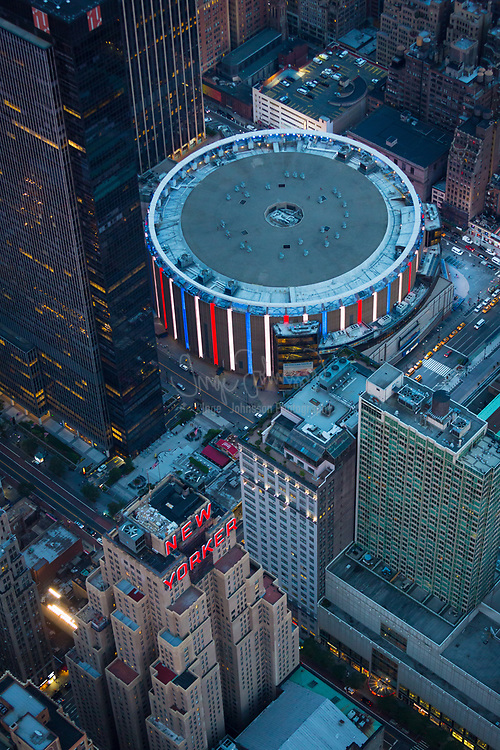