Path to the Ice

Upper Klamath Lake (sometimes called Klamath Lake) is a large, shallow freshwater lake east of the Cascade Range in south central Oregon in the United States. The largest freshwater body by surface area in Oregon, it is approximately 20 mi long and 8 mi wide and extends northwest from the city of Klamath Falls. It sits at an elevation of 4140 ft.

In the early 20th century, most of the wetlands and marshes were drained for agricultural purposes, damaging the larger habitat, and lake waters were used to support federal irrigation projects on behalf of local farmers. The lake depth fluctuates due to regulation of its water supply, ranging from 8 ft to 60 feet deep at average levels. The lake level is kept within 1261 to 1264 m above sea level to ensure life for fish in the lake and to protect salmon in the Klamath River below the lake. The lake is fed by several streams, including the Williamson River and is drained by the Link River, which issues from the south end of the lake. It is connected by a short channel to the smaller Agency Lake to the north. The Upper Klamath National Wildlife Refuge has been established on land along the northern edge of the lake to preserve natural habitat. 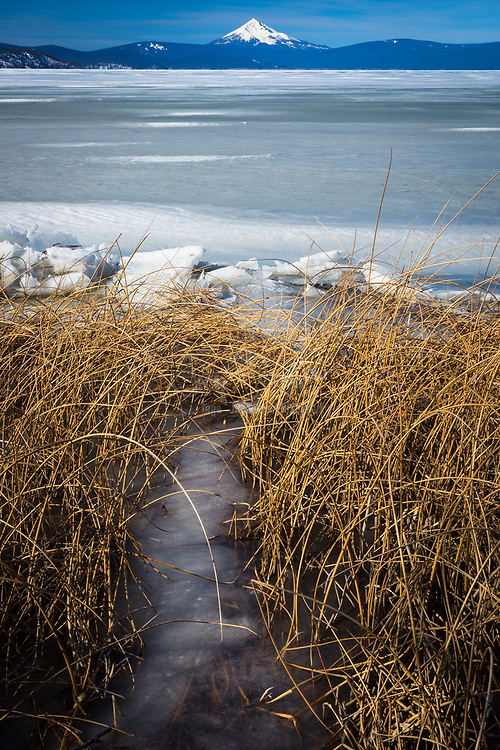