The National Museum of China (Chinese: 中国国家博物馆) flanks the eastern side of Tiananmen Square in Beijing, China. The museum's mission is to educate about the arts and history of China. It is directed by the Ministry of Culture of the People's Republic of China.

It is one of the largest museums in the world, and with over eight million visitors in 2017, the National Museum of China was the second-most visited art museum in the world, just after the LouvreTiananmen Square or Tian'anmen Square (天安門) is a city square in the centre of Beijing, China, named after the Tiananmen ("Gate of Heavenly Peace") located to its north, separating it from the Forbidden City. The square contains the Monument to the People's Heroes, the Great Hall of the People, the National Museum of China, and the Mausoleum of Mao Zedong. Mao Zedong proclaimed the founding of the People's Republic of China in the square on October 1, 1949; the anniversary of this event is still observed there. Tiananmen Square is within the top ten largest city squares in the world

Outside China, the square is best known for the armed suppression of the pro-democracy June 1989 Tiananmen Square protests. 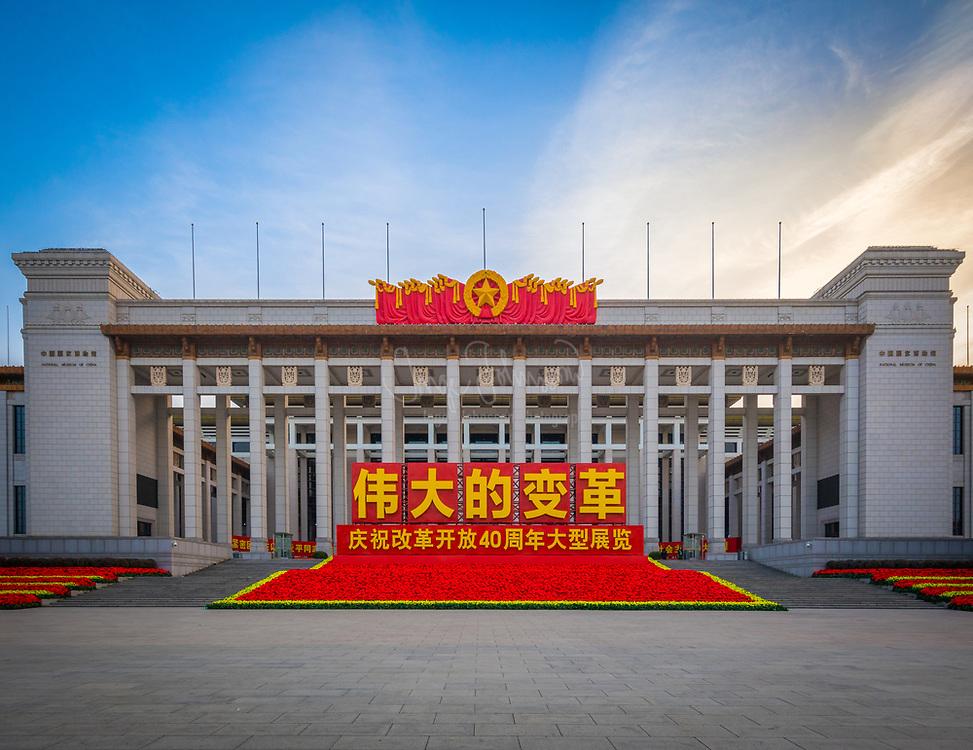